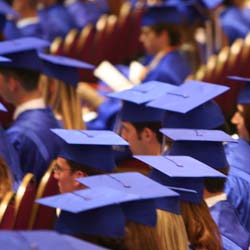 The large public school system is located in a large metropolitan suburb. The district had 9,000 students spread across 13 campuses with more than 4,000 Windows and Mac computers.

The system had a number of problems and subscriptions were coming due for the multiple products it was using. In addition, network connections were lost whenever the network crashed, and the existing spam filter, while effective, did not have adequate service or support from the manufacturer to meet the needs of the district. In addition, the district had installed IP video security systems to monitor and protect the students, but that system in and of itself, was not secure resulting in a vulnerability their vendors were unable to address.

The security model in place also included an aging firewall by a leading manufacturer, content filtering by another vendor and anti-spam by yet another. The district was also using two proxy servers, further complicating the lack of coordination within its security plan.

After meeting with the CC/B1 team, the IT staff decided to install B1 for a 60-day complimentary trial to test and identify existing vulnerabilities. The district chose a configuration that included content filtering, intrusion protection, and anti-spam, all coordinated through BI XDR/SOAR technology and ensure collaborative communication across service providers.

The school district noted immediate, sub-second protection. One IT professional remarked, “Nothing else we looked at came close to the effectiveness, flexibility, and the price, so the decision to purchase B1 was a logical one.”

To date, B1 has been protecting the school district network for over a year without any problems or service concerns. As a result, the school district discontinued their previous antivirus product and fully engaged CC/B1’s antivirus technology to further protect instant messaging, P2P and IP video for multiple locations and access points throughout its buildings and campuses, as well as all its network routers and switches.

An outcome also noted: While in operation at the school district, B1 identified an attack by an unseen variant from a compromised server at a major national university. CC/B1 blocked the attack and within microseconds automatically alerted the administrator and CC/B1’s service team. CC/B1 technicians wrote a definition within 90 minutes while the remainder of the IT security community did not have a signature for almost 20 hours.